Steve Sumida in Breaking the Silence 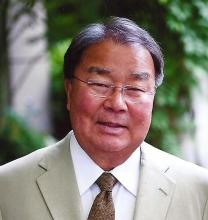 We’re proud to share that Professor Steve Sumida recently appeared in Breaking the Silence by Nikki Nojima Louise: a readers theatre drama of Japanese immigration to the West Coast of the U.S., the challenges of immigrants and a new culture, the hysteria during World War II, with the internment of the Japanese Americans at the camps, and the legal struggle of the constitutional redress. This program was part of the Seeking Justice Series presented by Linfield College that focuses on the events and aftermath of the forced internment of thousands of Japanese Americans during World War II. Read more about the Seeking Justice Series at Linfield College.