Connie So Honored for Service to the Asian American Community 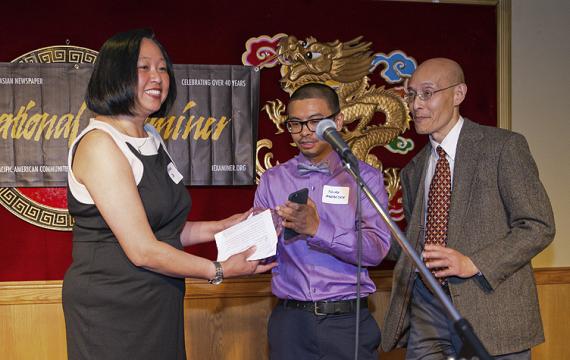 For her work in raising awareness and pride of the Asian American community and educating young Asian Americans about their history, the Seattle chapter of the Chinese American Citizens Alliance honored her with a “Citizen of the Year” award in April. At a May 21 dinner, the International Examiner also honored So with a 2015 Community Voice Service Award. Originally from Hong Kong, So rejoined her maternal grandparents in Seattle when she was a child, and became aware of the prejudice directed toward Asian Americans and other people of color. As a UW student working in Odegaard Library, she came across the Asian American Studies section and felt a connection to her roots. That sparked a desire to speak out, galvanize others, and work for change. So earned a BA in English and communications at UW, an MA in public administration at Princeton, and her PhD in ethnic studies at UC Berkeley. In addition to teaching, she is active in the Asian American community and is vice president of OCA–Greater Seattle (formerly the Organization of Chinese Americans).