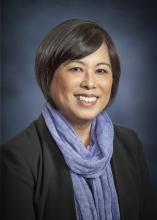 After she finishes teaching her final classes this spring, Nomura looks forward to continuing to work on some of her own book projects. She plans to release a new edition of her book Asian/Pacific Islander American Women: A Historical Anthology, and to finish working on Contested Terrain: “Local” Japanese on the Yakama Indian Reservation, 1906-1942. Nomura will also now have the time to continue her role as a consultant for museums such as the Nikkei Northwest Museum and the Wing Luke Museum, positions that she has been enjoying for some time now.

In Nomura’s eyes, her work is never really done. Throughout her career as a scholar, Nomura’s work has centered on a recovery of the histories of the activists that have come before her. She is inspired by the generations of Asian American activists who have taken action against injustice. This orientation, she says, is where American Ethnic Studies comes in as a way of reforming how scholars and students consider their histories and future actions. As Nomura explains it, “The bottom line is that people in our history weren’t passive and they weren’t victims. They took action.My role is to get people to understand that history, to recuperate the kind of history that certain forces in our nation want us to forget or ignore. Our history is built on the backs of people that always challenged us to do better. Through their efforts, certain practices are no longer acceptable and we have to continue to make sure that they’re not acceptable.

Nomura brings this activist spirit to her work as a professor as well. Over the years, Nomura has taught dozens of different courses, including an Asian American Oral Histories course that she developed. She explains, “What I like to teach, because I’m a historian, what seems to be the past has great relevance in the current time. I like to see issues that we think we’ve put to rest come up again and again. In any of my lectures, we can talk about certain things and think about if there is resonance now in the current scene.” In her courses, Nomura encourages and then requires students to engage with topics and projects that they are passionately invested in. Nomura recalls her role working with students in a senior seminar course in her first few years in AES: “They’d never done it before but were really proud of themselves, and rightfully so. [They demonstrated] that they could do focused research and produce a thesis on something they were really interested in. You have to want to say something and make a difference. Even when I meet my students 15 years later, they can remember what they wrote about.”

Beyond engaging students in projects that have stakes in their own lives, Nomura also makes sure to engage them with what this kind of research and historical recovery can do in the community. She makes sure to invite local Seattle activists to visit her classes and talk with students about what their work looks like. “When I bring community leaders into the classroom,” she reflected, “students can see that our work is never done.”