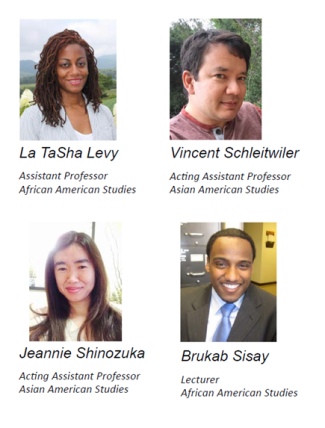 On October 12th, the AES department hosted a reception for its new faculty at the UW Faculty Club. These new faculty members provide valuable perspectives across the fields of African-American, Asian-American, Chicano/Latino and Comparative Ethnic Studies. They also provide interdisciplinary perspectives that will prove to be incredibly helpful in widening the breadth of course offerings for AES students.